Nine Senegalese soldiers serving in a regional peacekeeping force in The Gambia have gone “missing” during an operation against illegal timber traffickers, the West African state’s army said Tuesday.

The soldiers are “probably being held hostage” by rebels from Senegal’s southern Casamance region, it added.

The announcement comes after Senegal’s army said Monday that two of its soldiers were killed in a clash with fighters believed to belong to the Movement of Democratic forces of the Casamance.

The following day, the army said that nine soldiers had “gone missing” during the same clash.

“Operations are continuing to find them and secure the area,” it stated.

The Gambia, a strip of territory that runs from the Atlantic into Senegal, is home to rebels from Senegal’s southern Casamance region, long riven by conflict.

After claiming thousands of lives and devastating the economy, the fighting has persisted with low intensity.

The soldiers were part of the peacekeeping mission from the West African bloc ECOWAS in The Gambia, which is known as ECOMIG.

The ECOMIG force, made up mainly of Senegalese soldiers, was deployed to The Gambia in January 2017 after former dictator Yahya Jammeh refused to cede power after losing a presidential election.

Its mission has continued at President Adama Barrow‘s request despite Jammeh’s departure into exile. ECOWAS to Deploy Peacekeepers in Guinea-Bissau After Coup Bid 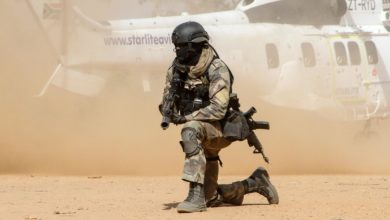