The aircraft were reportedly handed over to Lebanese authorities at the Hamat air base near Beirut.

According to Embraer, a Brazilian aerospace conglomerate that produces commercial and military planes, Super Tucanos are designed for counter-insurgency and close air support roles. The aircraft can also conduct reconnaissance missions in low-threat environments and be used for pilot training.

In June 2015, the U.S. Department of State approved the sale to Lebanon of six Super Tucano aircraft and associated equipment worth $462 million.

Lebanese authorities were able to procure the aircraft through a $1 billion grant received from Saudi Arabia in 2014. The contract for the planes is expected to be completed by July 2019.

To ensure safe and effective use of the jets, the U.S. started a training program for Lebanese pilots in March 2017.

U.S. Central Command has previously said that Washington was committed to assisting Lebanon in its fight against terrorists.

“U.S. advisors provide training and professional support to the Lebanese armed forces that concentrates not only on operational and tactical competencies, but also instructing the Lebanese Special Operations Forces on all the core aspects of a mission, from planning to execution,” he said.

In July and August, the U.S. Air Force conducted tests dubbed the Light Attack Experiment at Holloman Air Force Base in New Mexico.

The aim of the experiment was to assess the potential of low-cost light attack aircraft to conduct the kind of missions most frequently flown in the past quarter century such as close air support, air interdiction, combat search and rescue, and strike coordination and reconnaissance. It was part of the Light Attack Experimentation Campaign and is lead by Air Force Materiel Command’s Air Force Strategic Development Planning and Experimentation Office.

“This experiment is about looking at new ways to improve readiness and lethality,” said Chief of Staff of the Air Force General. David Goldfein, adding that the Air Force was “determining whether a commercial off-the-shelf aircraft and sensor package can contribute to the coalition fight against violent extremism.”

Goldfein also said that the Air Force may conduct another series of tests in operational context in the Middle East.

The Longsword, Super Tucano, and Wolverine aircraft use a variant of the world’s most popular turboprop engine in the world, while the Scorpion uses a variant of a commercial business jet engine, and all use considerably less fuel than the standard turbofan jet engines which power aircraft performing similar roles for the Air Force, such as the A-10 Warthog. 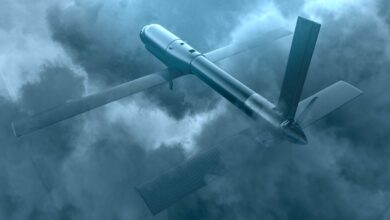