“The United Arab Emirates rejects this threat to the safety of air traffic and will take all the necessary legal measures to ensure the safety and security of its civil aviation,” The National quoted the General Authority of Civil Aviation as saying.

GCAA said it was notified of the interception by the national carrier Etihad. It did not say when the incident occurred.

The plane was en route to Manama, and state-run news agency Wam reported that it was traveling on a regular, scheduled service on a known flight path.

Qatar has denied the reports.

Last week, Qatar filed two complaints with the United Nations alleging that UAE planes had violated its special economic zone December 21 and January 3. The planes were both traveling to Bahrain.

The UAE along with Bahrain and Saudi Arabia cut diplomatic ties with Qatar and imposed an air and sea blockade in June, accusing Doha of funding terrorism supporting the Muslim Brotherhood and Hamas. At a Gulf Cooperation Council meeting last month the UAE announced the creation of a new military and diplomatic alliance with Saudi Arabia, putting the future of the GCC further in doubt. 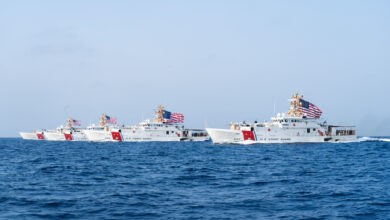