The US Marine Corps is pursuing the rapid acquisition of small expeditionary watercraft to support its Force Design 2030 experimentation efforts.

Force Design 2030 is a project to create stand-in, lethal, and highly mobile units to operate within the enemy’s “weapons engagement zone.”

They will also help provide additional data for a new and relevant capability in the future.

“This is a great opportunity for us here within Marine Forces Reserve to help generate data for Force Design’s campaign of learning,” US Marine Corps official Douglas Clark said.

“We’re looking at small boats from the commercial industry to see what options we may want to pursue for experimentation and to gain experience for a better understanding of how to conduct operations in the littorals.”

According to the service, four tactical watercraft vendors showed interest in the acquisition effort and presented their craft to the 4th Assault Amphibian Battalion.

They also answered queries and conducted on-the-water demonstrations to showcase the characteristics and capabilities of their products.

Navy and Marine Corps experts are now assessing the proposals and analyzing other potential acquisitions.

The next phase of the process involves contract awards and spending 24 months conducting concept and engineering experimentation. 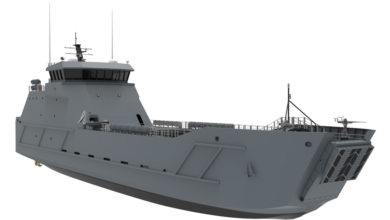