Defense Minister Mariusz Blaszczak said the first 12 FA-50s will be delivered to the Polish army next year.

“The FA-50 are of the same generation as the F-16, which will significantly strengthen the Polish Air Force,” Blaszczak added.

The aircraft is an affordable and efficient supersonic advanced light attack platform.

The 13.4-meter (44 feet) jet is also equipped with advanced radar that heightens detection capabilities and meets light fighter requirements of air forces around the world.

The Polish government had expanded its military force earlier than planned amid growing security woes over Russia’s invasion of Ukraine.

In March, Poland announced it would increase its defense spending to 3 percent of gross domestic product for 2023.

Blaszczak said the hike would enable Poland to scale up the “size of its armed forces, restore the reserve system, and modernize its equipment.”

The latest agreement is not the first partnership between Poland and South Korea.

In July, Poland said that it would also buy 980 K2 battle tanks and 648 K9 howitzers from the Asian nation.

The 155mm self-propelled howitzer has a maximum firing rate of six to eight rounds per minute for three minutes. 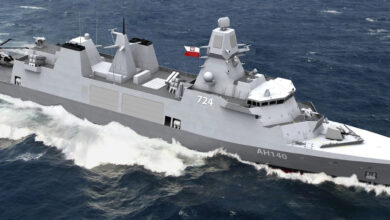