The ship, yet to be named, is part of a 410-million-euro ($418 million) contract signed in December 2021. The deal includes the development of the ship with a combat system. It is expected to be delivered by 2025.

As it is being completed, the defense ministry plans to purchase a third Vulano-class ship, the Italian shipbuilder said.

The construction is part of Italy’s “Naval Act,” which aims to enhance the country’s naval defenses.

The decks will also include healthcare facilities such as clinics, radiology, dentistry, and operating rooms with a capacity for 17 patients.

Meanwhile, the French navy’s FLOTLOG (Flotte logistique) program, an initiative that will “restart and relaunch” the country’s naval capabilities, will also use Fincanteri’s LSS design for four future ships. 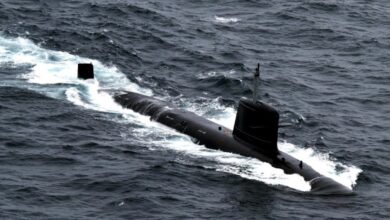