Hungary has signed an agreement with German defense manufacturer Diehl to supply IRIS-T short-range air-to-air missiles for its Gripen fighters.

Defense development commissioner Gáspár Maróth said that the purchase of the new missiles with the upcoming Gripen upgrade would raise the aircraft to the highest standards of modern aviation.

The IRIS-T missile system has a pronounced angular deviation feature, allowing pilots to hit enemy aircraft and other targets flying on the sides and behind the Gripen. It also possesses high maneuverability because of its thrust vector steering and conventional aerodynamic steering.

Maróth added that the infrared self-guided missile can be used in the most difficult air strike situations even under heavy overload – a capability that the existing Sidewinder missile does not have.

Considered the most advanced in its class, the IRIS-T missile features state-of-the-art electronics and improved maneuverability. It can be mounted on any aircraft that fires the AIM-9, making it an ideal replacement for the Sidewinder.

The missile utilizes infrared homing, allowing it to track targets by their heat signature. It is also designed to resist electronic countermeasures.

The weapon also includes Lock-On Before Launch and Lock-On After Launch features, making it difficult to track and improving its accuracy. 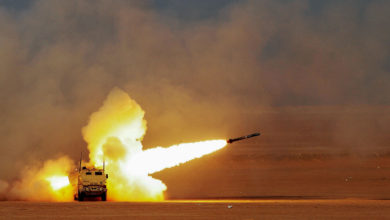