In his speech at the United Nations on Tuesday, South Korean President Moon Jae-in once again called for reconciliation with North Korea while also urging for “co-prosperity” between the two countries, Associated Press reported.

At the UN General Assembly in New York, Moon once more expressed the desire of the South Korean government to have “a denuclearized co-existence” between the two long-time enemies.

The two halves of the Korean peninsula have observed a ceasefire since 1953 following the Korean War. However, their relationship has long been fraught with tension, often exchanging harsh rhetoric and engaging in regular missile tests in demonstrations of military strength.

“North Korea, for its part, must brace for changes that benefit the era of [a] global community,” Moon said in his address. “I expect that the international community remains always ready and willing to reach out to North Korea in a cooperative spirit.”

Moon did not bring up the topic of recent missile tests during his speech. However, he acknowledged their different systems and ideologies while urging this not to be a source of conflict.

“However, such was never meant to perpetuate the division,” the president said. “For when we acknowledge and respect each other, only then could we set out on a path to exchange, reconciliation and unification.”

A little over a week ago, North Korea launched two ballistic missiles into the sea. The test took place as China’s foreign minister was visiting Seoul and days after Pyongyang said it had successfully tested new long-range cruise missiles.

A week prior, South Korea completed a test of its homegrown submarine-launched ballistic missile (SLBM).

Earlier this year, both countries tested SLBM systems under development. 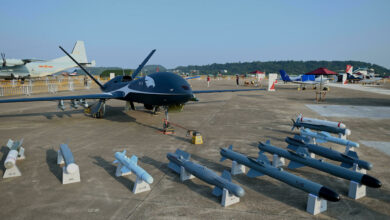