Ukrainian Armed Forces representatives met with the US Air Force recently to gain expertise and strengthen the military partnership between the two countries.

A group of Ukrainian officers visited the Ramstein Air Base and Kapaun Air Station in Germany from August 2 to 6.

Lt. Col. Ryan Roper, 435th Contingency Response Support Squadron commander said that the visit is a positive step to determine how US and Ukrainian forces “can cooperate and interoperate in the future.”

The visit focused mainly on “increasing partner capabilities by expanding the Ukrainian military’s capacity for fundamental air traffic control and combat communications concepts.” This comes after the country recently acquired two navigational aids for one of its airfields.

US Military Relations With Ukraine

In recent years, the United States has stepped up arms sales to Ukraine.

In 2019, the US approved Ukraine’s purchase of Javelin missiles and launch units at an estimated cost of nearly $40 million.

The sale came in the midst of an ongoing war in the country against eastern separatists backed by the Russian government. This conflict broke out in 2014 when Russia annexed Crimea.

So far, the US has provided more than $1 billion in military and security aid to Ukraine since 2014. 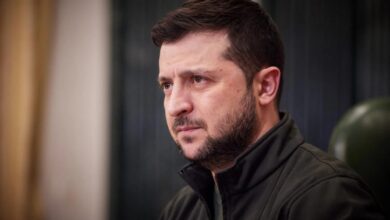 Ukraine Will ‘Defend Its People’ in Annexation Vote Regions: Zelensky