The Indian Air Force (IAF) has moved to acquire counter-unmanned aircraft systems (C-UAS) to secure its air bases in the wake of an armed drone attack at the Jammu Air Force Station on June 27.

The service has issued a request for information (RFI) for 10 locally manufactured C-UAS with laser-based directed energy weapons.

The solicitation stipulates that the system provide a “multi-sensor, multi-kill solution” to the operator and create a “no-fly zone” for enemy aircraft.

The RFI further specifies that system radar be an active phased array radar with 360-degree coverage at a range of 5 kilometers (3.1 miles) for a miniature unmanned aircraft system.

An additional criterion of the system is to provide “a composite air situational picture for the operator and generate alerts based on user-defined parameters.” It should also guarantee minimal collateral damage during kill execution.

The RFI envisages that the system should be mountable on an indigenous vehicle, rooftop, or ground.

The Times of India highlighted the need for the system that present IAF air defenses, which include radar and missile systems, are geared toward thwarting larger targets such as planes, helicopters, and larger drones. Current air defense is ineffective against smaller drones such as those that breached the station’s air space last month.

The attack, in which an unspecified number of drones dropped explosives on the station late at night, was the latest in a series of drone-based terror activities by Pakistan-based groups dropping weapons and narcotics in Indian territory. The Jammu Air Force Station station is only 15 kilometers (9.3 miles) away from the border with Pakistan.

The two South Asian countries, which have multiple territorial disputes, recently declared a ceasefire along their border in Kashmir, called the Line of Control.

Reacting to the incident, India’s Chief of Defense Staff, General Bipin Rawat, said that India needs to be prepared for “grey zone” or “hybrid domain” threats. He added that the country reserves the right to retaliate against such acts of terror. 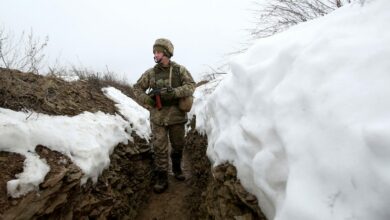