“I want to tell the armed forces to cut the deal.Do not proceed anymore, and somehow we will look for another supplier,” he said of the deal for 16 Bell 412EPI utility helicopters announced by the two governments this week.

Ottawa said Thursday that the deal was under review due to concerns over the human rights record of Duterte, the subject of a complaint in the International Criminal Court over the alleged “mass murder” of thousands of Filipino drug suspects.

Bell Helicopter said in an announcement of the deal that the aircraft were intended “for a variety of missions such as disaster relief, search and rescue, passenger transport and utility transport.”

However Manila said they would also be used for “anti-terrorism” operations, including to evacuate soldiers wounded fighting insurgents.

Philippine troops are battling militants in the Muslim south and communist guerrillas in other parts of the mainly Catholic Asian nation.

Duterte said Friday he respected Canada’s stand but added it was unavoidable that the Philippine air force would used the choppers “against the rebels and terrorists.”

“Do not buy anymore from Canada and the U.S. because there is always a condition attached,” he said, adding that he was referring to defence materiel.

“If I cannot use the gunship, the helicopter, then I might as well surrender this government to them,” he said, referring to the rebels.

“The reason I’m buying helicopters is because I want to finish them off,” Duterte added.

Canadian Foreign Minister Chrystia Freeland said Thursday that an “extremely rigorous human rights review” would be undertaken before any export permit was issued over the helicopter contract, facilitated by the Canadian Commercial Corp.

“The prime minister and I have been very clear about the Duterte regime’s human rights abuses and the extrajudicial killings,” she told parliament.

“I have the authority to deny a permit if I feel that it poses a risk to human rights, and I am prepared to do so,” Freeland added.

Trudeau said in November he had called out Duterte over “human rights, the rule of law, and specifically extrajudicial killings.”

Duterte, who has overseen a crackdown that has left nearly 4,000 drug suspects dead at the hands of the police, later described Trudeau’s comments as “a personal and official insult.”

The Philippine government says police have only shot suspects in self-defence and rejects human rights monitors’ description of the crackdown as a crime against humanity. 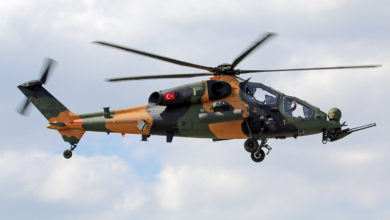